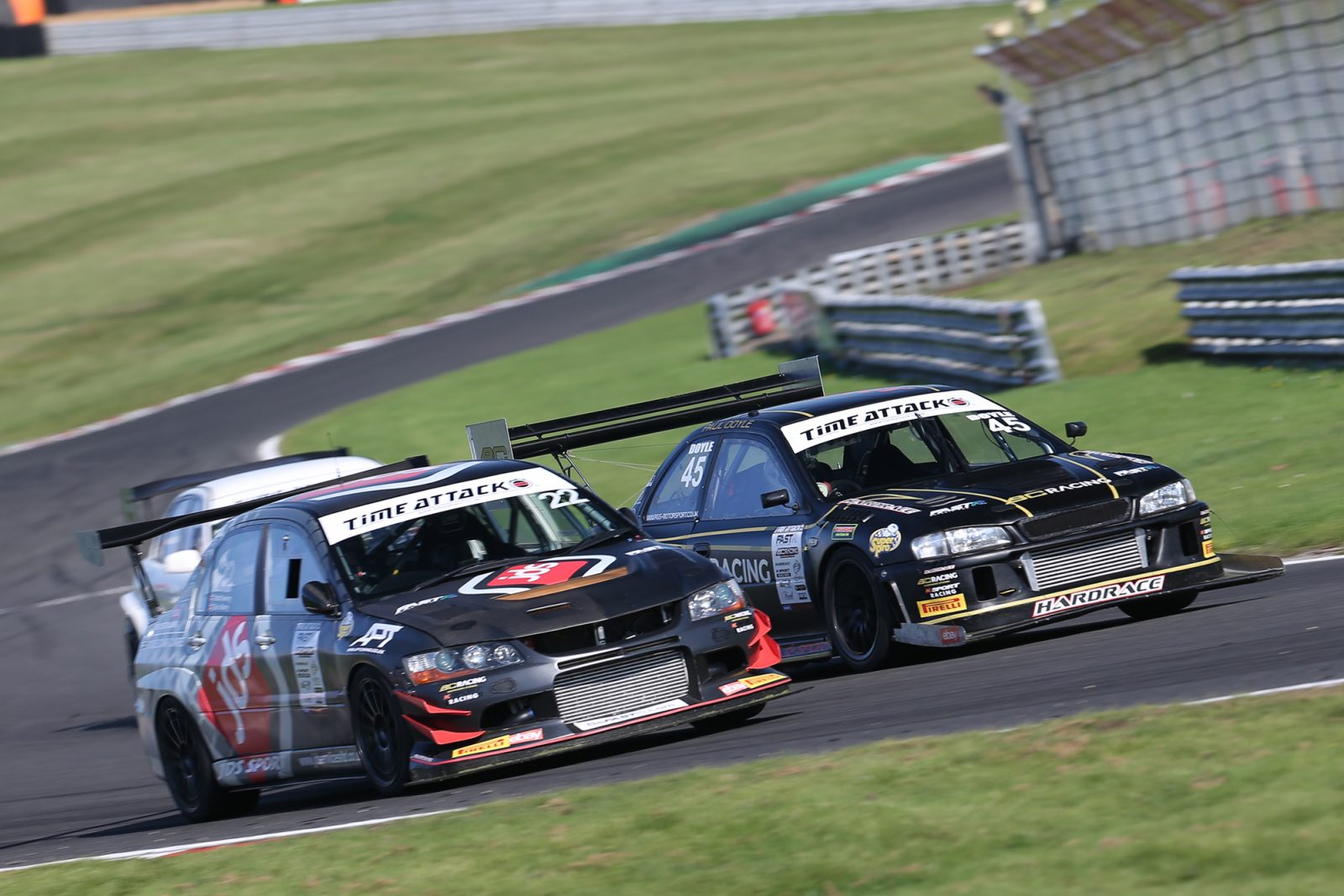 Originating on the racetracks of Japan, Time Attack has evolved to become one of the most significant and engaging motorsport phenomena of our time. It has captivated audiences and inspired an entire generation of enthusiasts from around the globe, who will do whatever it takes to achieve the fastest lap.

It defines the art of focused car modification by providing aftermarket tuners – both amateur and professional – with a platform on which to prove themselves in the most convincing way possible. It embraces the complete spectrum of tuning levels – from a road-based trackday car to a full-blown, mega-horsepower monster – and rewards drivers who achieve ultimate success in each of the categories and classes.

The art of registering the quickest lap-time on a circuit using a production-based car, with no power or upgrade limitations, is a true test of man and machine versus the clock. It’s about running a car to its absolute limit and beyond; on the knife-edge of engine power, traction and response; on the limits of handling, chassis set-up and down force, whilst maintaining reliability and, above all, speed.

Introduced to Britain in 2006, the UK Time Attack Championship has grown into the largest and most professional series of its kind in the world. It attracts drivers and teams from all corners of the UK as well as overseas, with an eclectic mix of cars that many of the 1000s of spectators and on-line supporters who follow the championship can readily relate to.

In 2010 it was formally recognised by the Motorsport UK – the governing body for motorsport in Britain – as an official form of motorsport, with specific rules and formats published in the official regulations.

Multiple classes are employed to give relevance and purpose to a wide variety of cars and drivers: from entry-level street cars to professional higher performance monsters.

Time Attack operates at the UK’s leading racing circuits, with official timing supplied by TSL to race industry standard, to ensure legitimacy and credibility of the times achieved by competing teams. The championship operates a calendar running between April and September each year to provide a variety of track layouts with National reach and localised audiences across the UK. Time Attack operates a full Championship status points system for each round and class, providing an annual accumulation of points, not only to recognise the quickest cars at each round, but to crown the Class Champions at the end of the year.

To ensure the successful and relevant entry of cars and teams, the classing system has evolved into specific categories that are suitable to accept differing levels of car, potential lap-times, modifications and drive-line. The system encourages vehicles from ‘street spec’ to purpose-built world class racing machines. Throughout the season lap-times are monitored and where necessary adjustments are made to ensure fair competition in all classes is maintained; the quicker the car, the further up the classing field it goes.

Organisers work hard to ensure that every round is a weekend to remember, with six of this year’s events supported by spectacular and well-attended car shows, so there’s plenty of spectators watching the action. Adding to the profile is the championship’s on-line presence, with live streaming, TV coverage, live timing and extensive social media activity.

Whether you’re new to motorsport or a trackday regular who wants to enter the competitive arena; a hillclimb or sprint driver who wants to compete for more than just a few minutes; a racer that’s fed up with other people causing high repair bills; or someone who wants to be part of something that breaks the traditional motorsport mould – then Time Attack is the place for you.

And for drivers who have never competed before, Time Attack is easy to enter and offers the perfect entry point for those getting started in motorsport. From then on, the championship allows drivers to progress through the ranks as they become more experienced and the performance of their car increases.

Time Attack’s wide range of classes means that a car can be eligible and competitive with just a few basic modifications. Plus there’s the championship’s high profile status, a professional organising team and an enjoyable social side with great camaraderie between teams and drivers in the paddock.

Welcome to the motorsport revolution. Welcome to Time Attack.