Renshaw and the NR Evo Return

Until 2013, the Pro Class tier of Time Attack represented the quickest overall cars built for purpose and during that time one man and machine notched up 3 successive overall Championship wins – the NR Autosport Evo, driven by Gavin Renshaw.

The car’s owner, Phil White had decided not to run the car in 2014 for budget and driver reasons with Gavin now working overseas, making appearances in the car difficult as well as costly for Phil, as is the case if you want to be holding No.1 trophies at the sharp end of the field. But good news is here, we have just learned that man and machine are back and have set their sights on entering at Cadwell Park on Saturday 9th August as a One Hit Wonder entry in the Pro Class, which is super news. 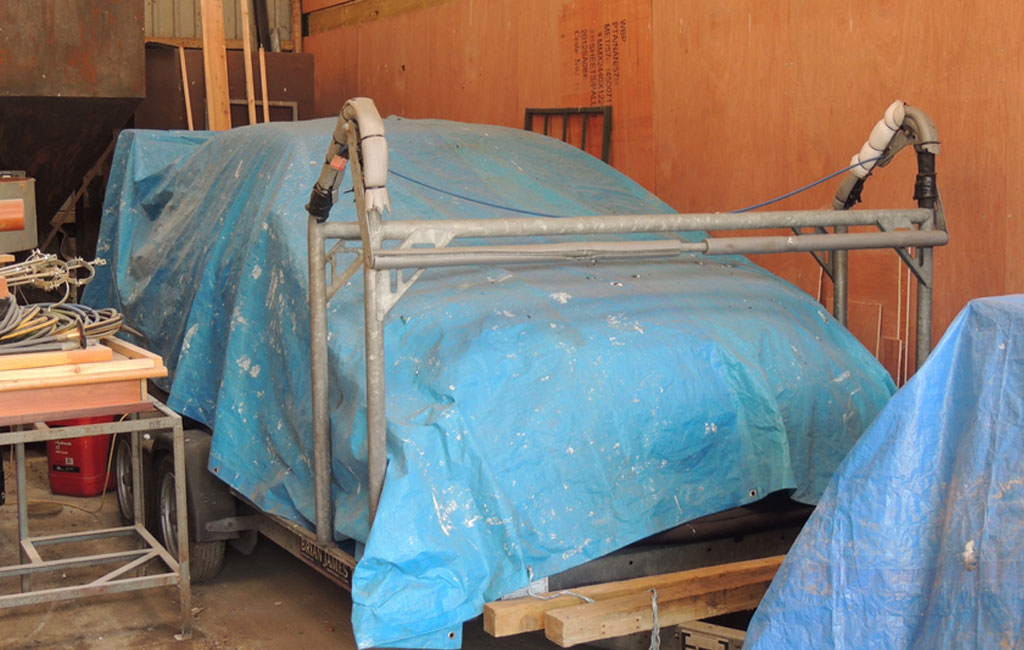 According to Phil, car has literally not turned a wheel since the final event of 2013, having been tucked away in a barn under a tarpaulin, pending its future fate to be sold. However there it stayed until more recently when Phil persuaded Nick Rountree of NR Autopsort that the moment had come to bring the car out from under the sheet and get it back in the workshop to evaluate its competition return.

After some checks and a recharge of the battery, the car fired up and was declared by Nick as ready to hit the track after a swift polish-up and nut and bolt check. But what of the man to face the machine, The Evo only works its best if Gavin is sat behind the wheel…

Gavin has agreed to drive the car once more having spotted a break in his work commitments overseas to hit the track at Cadwell, he said ” Essentially it’s part of my summer holiday back over in Europe. I have a trip planned to the Ring and Spa driving my personal BMW M3 CSL and the timing of the TA event at Cadwell fitted in just perfectly. Cadwell was the first event of the 2013 TA season and the car was set up pretty conservatively bearing in mind that our key objective was the Championship rather than any single event. So I think on this occasion, as a One Hit Wonder, we can expect things to be turned up a bit, although other than that I believe the car will be exactly as it finished the 2013 season. 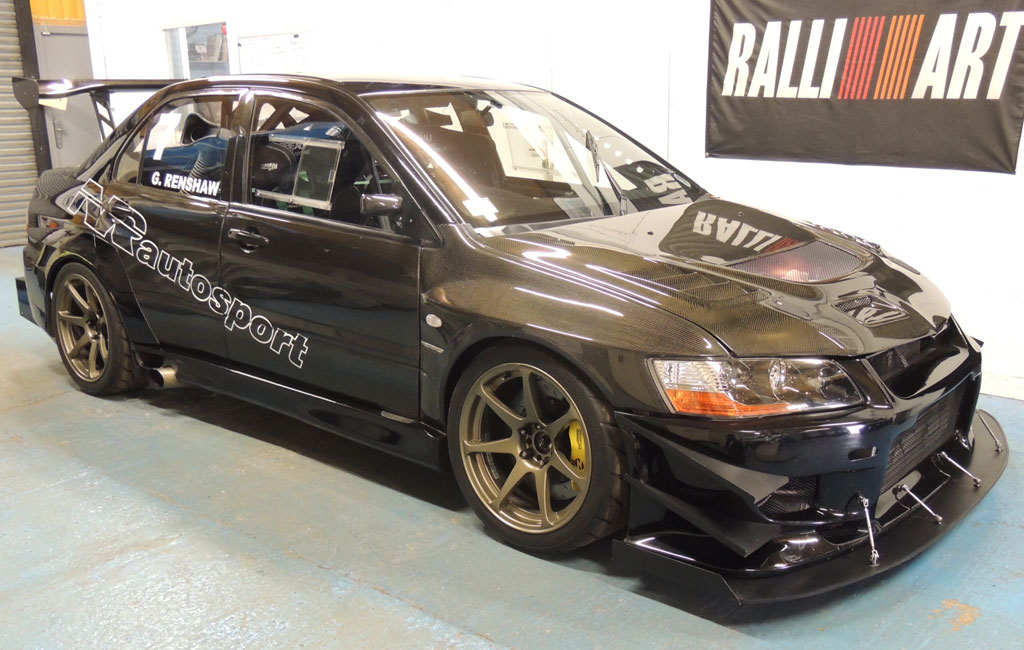 In 2014 the Pro Extreme cars now take up the baton of being the quickest category however the NR Evo will continue in the Pro Class considering it is a gleaming example of how ‘far’ a tuned car should go in the Pro class before being deemed too modified for the class or beyond what a top end tuning car from the street should be in Time Attack. It still has standard sub-frames and suspension pickups and even retains the standard servo assisted brake system. And it weighs in at a pretty hefty 1250Kgs despite having an array of carbon aftermarket parts installed.

Prior to Cadwell, Gavin and the team are hoping to get on track for a test day to ensure Gavin re-familiarises himself with the car after a huge amount of attention which will be given to the car by the guys at NR Autosport to make sure it’s ready to take on Time Attack at Cadwell Park. 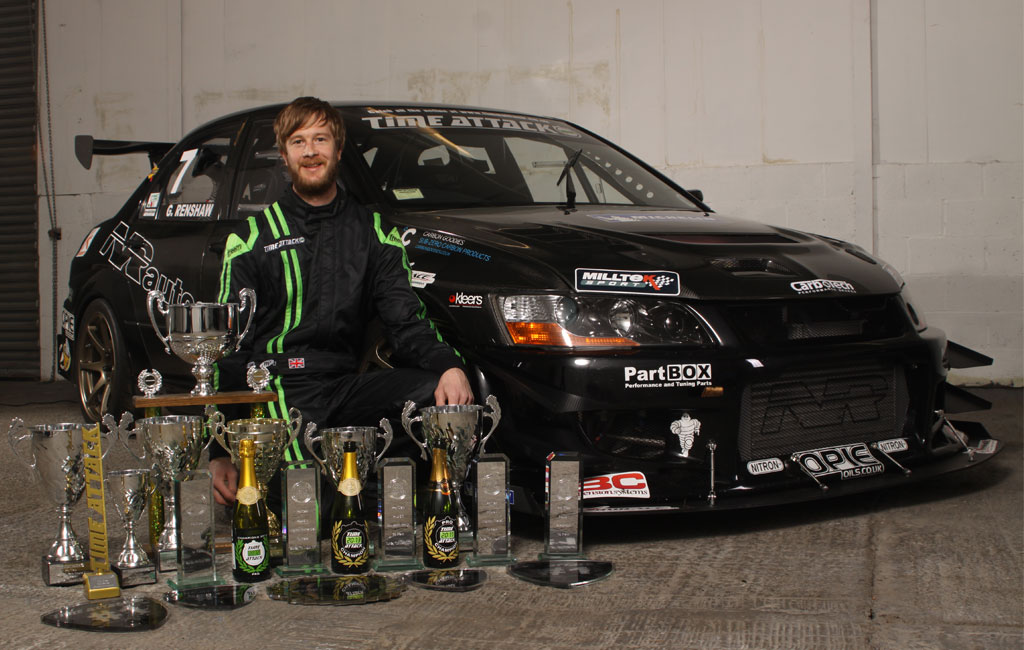 The current Time Attack lap record at Cadwell Park is held by Gavin and the NR Autosport car – will it be beaten?… there is only one way to find out – get yourself to Round 4 at Cadwell  Park or watch our live timing coverage on this site during the event day. 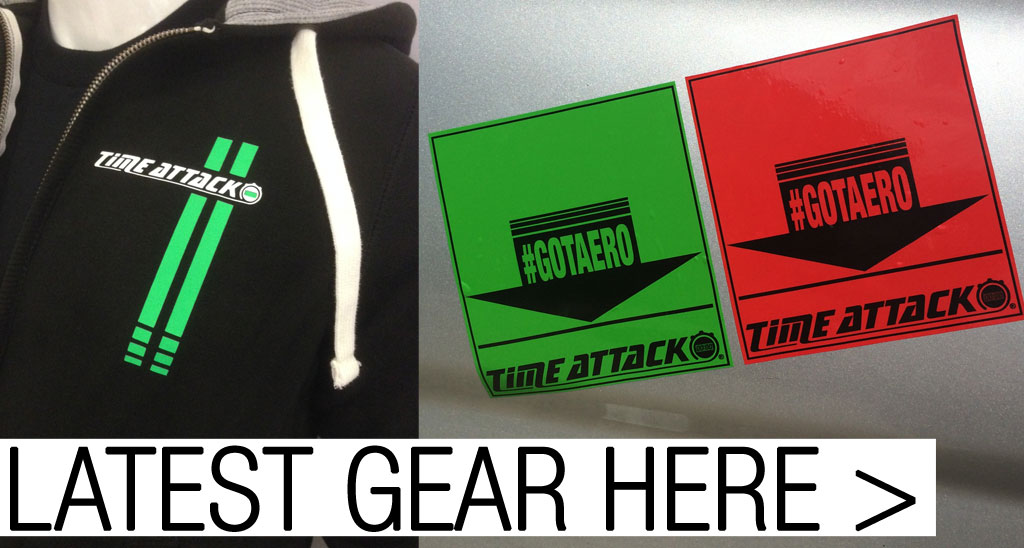